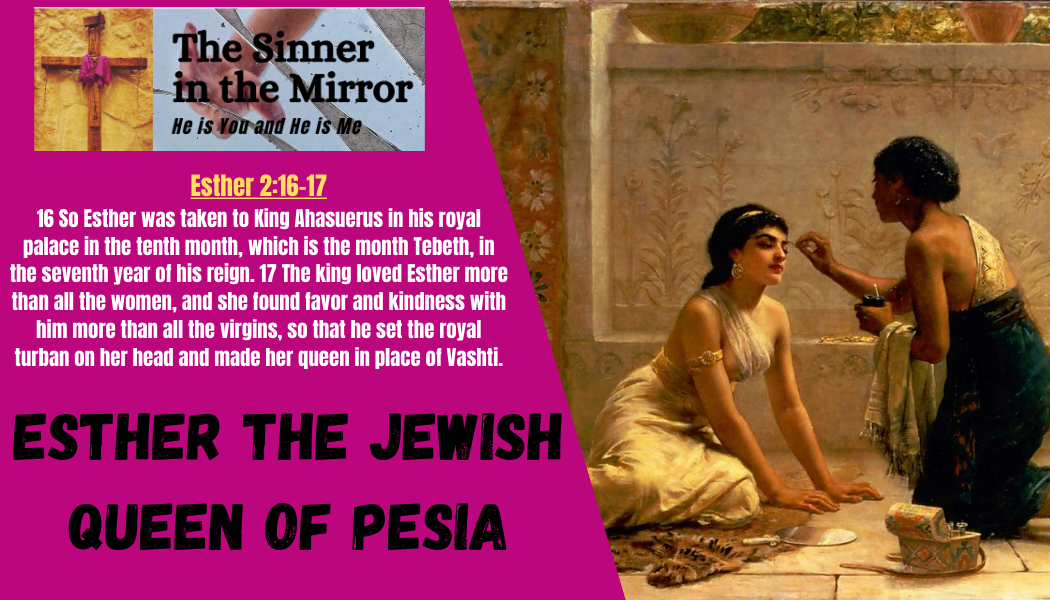 While Ezra and Nehemiah are rebuilding the Temple and walls of Jerusalem, there are still Jews living in the Persian empire. Even there, God provides protection for his chosen people. In an odd twist of fate, Esther, a Jewish orphan girl taken into exile in Babylon and raised by her uncle becomes the Queen of Persia.

Then, upon hearing of a plot to kill her people, Esther risks her position and her very life in an attempt to thwart the plans and save her people. Was this a case of right place at the right time, or God working his plan through an obscure orphan and placing her in that time and place?

The Rebellion of Queen Vashti

It is the time of the reign of king Ahasuerus of Persia, in the third year of his reign he throws a big party for all of his ministers, officials, his army and all the people in Susa. The party lasted for 7 days and on the seventh day, being merry with wine, the king ordered that Queen Vashti be brought to the banquet to show everyone her beauty.

For whatever reason, Vashti refuses to go. We aren’t told why, she is bound to know that refusing the king can have severe consequences, yet still she refuses. This of course not only embarrasses the king in front of everyone, but makes him very angry. The example she set might spread throughout the kingdom and wives everywhere might begin to rebel against their husbands.

20 When the king’s edict which he will make is heard throughout his kingdom, great as it is, then all women will give honor to their husbands, great and small.” 21 Now this word pleased the king and the officials, and the king did as Memucan proposed. 22 So he sent letters to all the king’s provinces, to each province according to its script and to every people according to their language, that every man was to be the ruler in his own house and the one who speaks in the language of his own people.

The king decides that she should be removed as queen and a successor chosen to replace her. The search goes out through all the vast kingdom of Persia for beautiful young virgins to be brought to the king and the one who pleases the king will be named queen to replace Vashti. So far, nothing about this affects the Jewish people, just a royal family squabble. But there is Mordecai, a jew carried away as a child to exile in Babylon, who has adopted and raised his orphaned cousin Esther.

Esther, as we are told, is very beautiful and fair and when the king orders the search for a new queen, Esther is taken into the kings’ palace. The young women are placed in the care of the Hegai the kings’ eunuch in charge of his harem. The women are given 12 months of beauty treatments and then one by one are taken to spend the night with the king.

Now, for whatever reason, Mordecai has told Esther not to reveal her ethnicity. Perhaps that would have disqualified her, I don’t know we can only speculate at this point. When Esther’s time comes to spend the night with the king, she pleases him. The king loves Esther more than all the other women and he sets the royal crown on her head making her Queen of Persia. So far, a wonderful story of orphaned girl in exile becoming Queen of the largest empire in the wold at the time.

Shortly after Esther has become queen, her uncle Mordecai overhears a plot to assassinate the king and he tells Esther. Queen Esther brings it to the attention of the King on behalf of Mordecai and the plot is thwarted and the conspirators are hung on the gallows. The entire incident is recorded in the annals in the presence of the king. Again, fortunate for Esther and Mordecai as they both have the kings’ favor. So how does this fit in to God’s plan to save his chosen people?

King Ahasuerus promotes a fellow, Haman, to be his second in command if you will. Haman is rather proud of this accomplishment and when he passes the crowds all bow before him. All except uncle Mordecai. Again, for whatever reason, Mordecai refuses to bow before Haman. Surely he knows this will cause trouble, and it does. Haman is furious and when he finds out that Mordecai is a Jew, he plots to have all the Jews killed

Haman goes before the king and accuses the Jews of not obeying the kings’ laws and that it was not appropriate for the king to tolerate their disobedience. To make an example of them, Haman suggests that they be destroyed. The king issues the decree to kill all the Jews and sends out the order to all the provinces in his kingdom.

13 Letters were sent by couriers to all the king’s provinces to annihilate, kill, and destroy all the Jews, both young and old, women and children, in one day, the thirteenth day of the twelfth month, which is the month Adar, and to seize their possessions as plunder. 14 A copy of the edict to be issued as law in every province was published to all the peoples so that they would be ready for this day.

When Mordecai hears of the decree, he goes to Esther and tells her she must make a plea for the Jews with the king. He tells her that, even though no one knows she is Jewish now, that if she keeps silent relief will come for the Jews from elsewhere and she will pay the price for her silence. And, that perhaps this is the reason she has become queen. Esther knows that it is against the law for her to go to the king unless he calls her. The punishment for breaking this law is death unless the king holds out his scepter to her.

So, now we see where this Jewish orphan comes in to God’s plan to save his people. Yet, Mordecai and his refusal to bow to Haman is still a mystery and the cause of this whole dilemma to this point. Esther goes into the kings’ chamber, and when he sees her, he holds out his scepter to her which in effect saves her life. He asks her what is it she wants and that he will do it for her.

Esther’s Plan and Plea to the King

Esther asks the king and Haman to come to a banquet in their honor that she will prepare for them. The king and Haman go to Esther’s banquet and Esther asks that they come the next day to another banquet. Haman is very pleased that he is been invited by the queen herself to these banquets but on the way home he sees Mordecai. And, Mordecai doesn’t bow before him which rekindles his anger.

Haman orders a gallows 50 feet high be built to hang Mordecai on. That night king Ahasuerus can’t sleep and, for whatever reason, decides to read the book of records. While he’s reading he finds the record of how Mordecai had warned the king of the assassination plot and asks what honor had been bestowed on Mordecai. When it is told that nothing had been done for him, He calls Haman and asks him what should be done for someone the king wishes to honor.

A Reversal of Fortunes

Haman assumes that the king is thinking of honoring him but after he tells the king of this grand parade to honor this person, the king informs him to have it done for Mordecai. Talk about a reversal, the man Haman wants to hang he is now forced to have a parade with all the royal honors for Mordecai. It gets worse for Haman, that day at the queen’s banquet she pleads with the king for the lives of her people and names Haman as the enemy.

In pleading for his life with the Queen, the king orders him hung on the very gallows he built for Mordecai, and Mordecai is now promoted to Haman’s position as second in command. Unfortunately, that doesn’t save the Jews. The king has already issued an order for their destruction and under Persian law a kings’ order cannot be reversed. But, Mordecai has the king issue a new order allowing the Jews to defend themselves and to kill and plunder anyone who attacks them.

When the day arrives, instead of the Jews being destroyed, they kill all of their enemies in the kingdom. God provides and protects his chosen people. Sometimes by the strangest of ways or the unlikeliest of circumstances, but his will is done. I often wonder, how would the story have played out if Mordecai had just bowed to Haman like everyone else? We will never know, but one thing is for sure, God has a plan and we all have a part to play.

May God richly bless you and keep you