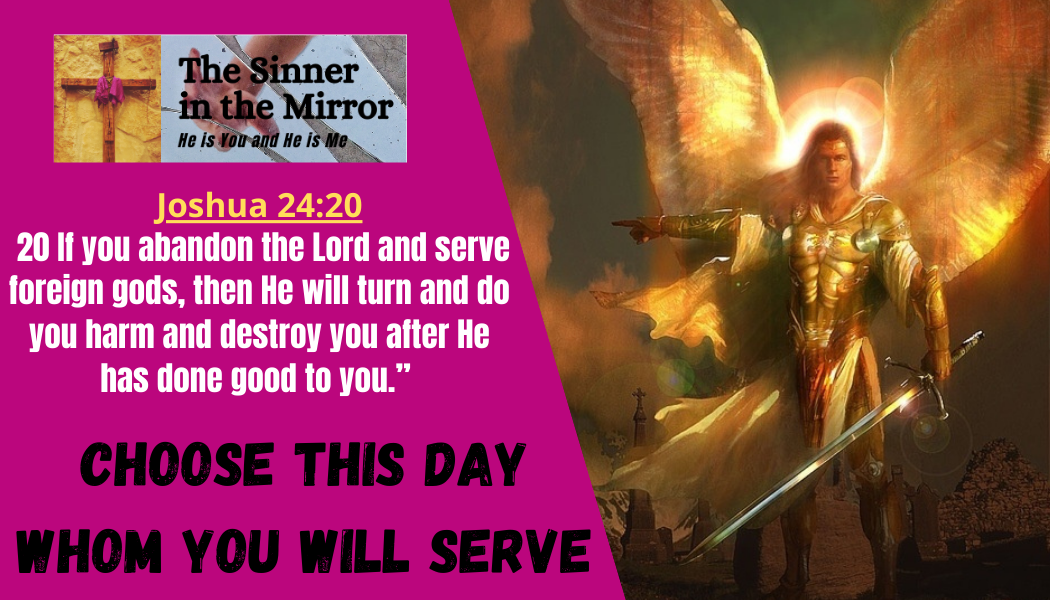 Joshua, with the LORD going before him, conquers the land of Canaan. In less than seven years, he defeats 31 kingdoms of the Canaanites. A bloody time in the history of Israel. They utterly destroyed the people of Canaan, gave them no mercy but exterminated them as the LORD had commanded through Moses. Well, most of them anyway. 😉

23 So Joshua took the whole land, in accordance with everything that the Lord had spoken to Moses; and Joshua gave it as an inheritance to Israel according to their divisions by their tribes. So the land was at rest from war.

Nearly 800 years later, the descendants of Abraham finally inherit the promised land of Canaan. A long time for man, a mere blink of an eye for the eternal God. Reminds us that God’s promises are sure, we may not see their fulfillment while on this earth, but we will see them.

With the land of Canaan now in Israelite control, Joshua dismisses the tribes of Ruben, Gad and Manasseh to return to their inheritance on the east side of the Jordan. They fulfilled their vow to fight with the rest of Israel until they had captured the promised land. There are still pockets of resistance left from the inhabitants of the land, but each tribe is in charge now of clearing the remnants from their individual inheritances.

A happy ending right? Well, not quite. On their way back to their homes, when the come to the Jordan River, they decide to build an altar as a remembrance for future generations that they too belong to Israel even though they live on the “other” side of the river. Seems innocent enough, except the Israelites mistakenly believe that it is an altar to worship other gods.

The 10 tribes from take up arms and go to make war against their own kinsmen. Phinehas is priest now, remember him from my previous blog, in his zeal for the LORD and remembering what happened to Israel when Achan took some devoted things for himself, accuses the Rubenites, Gadites and Manassehites of abandoning the LORD. He fears they will bring the LORD’s wrath on Israel once again.

Once they explain that it is not an altar for sacrifices, but a simple memorial for future generations, Phinehas and the leaders of Israel are satisfied and War is averted……for now.

The LORD Gives Rest to Israel

Israel is in possession of the promised land. The land of Canaan and its inhabitants have been subdued before them. The LORD has fulfilled his promise. But, does Israel complete the task? Did they do “everything” that the LORD commanded through Moses?

43 So the Lord gave Israel all the land which He had sworn to give to their fathers, and they took possession of it and lived in it. 44 And the Lord gave them rest on every side, in accordance with everything that He had sworn to their fathers, and no one of all their enemies stood before them; the Lord handed all their enemies over to them. 45 Not one of the good promises which the Lord had made to the house of Israel failed; everything came to pass.

10 But they did not drive out the Canaanites who lived in Gezer, so the Canaanites live in the midst of Ephraim to this day, and they became forced laborers.

12 But the sons of Manasseh could not take possession of these cities, because the Canaanites persisted in living in this land. 13 And it came about when the sons of Israel became strong, they put the Canaanites to forced labor, but they did not drive them out completely.

Moses warned them back in Deuteronomy, that if they left any of the inhabitants of the land that it would be trouble for them. They didn’t listen, or forgot, or more likely just became comfortable in their lifestyle, so God’s rules didn’t seen so important anymore.

2 and when the Lord your God turns them over to you and you defeat them, you shall utterly destroy them. You shall not make a covenant with them nor be gracious to them. 3 Furthermore, you shall not intermarry with them: you shall not give your daughters to their sons, nor shall you take their daughters for your sons. 4 For they will turn your sons away from following Me, and they will serve other gods; then the anger of the Lord will be kindled against you and He will quickly destroy you.

Joshua The Servant of the LORD Died

The Bible says, a long time later, Joshua is old and well advanced in years, he summons all Israel and recounts all that the LORD has accomplished for them. He also proceeds to warn them again about mixing with the nations they are supposed to be removing from the land. To be aware of being seduced into following other gods and thus kindling the LORD’s anger.

Then like all the leaders before him, and for all of us, “Joshua son of Nun, the servant of the LORD, died.”.

The LORD said “Judah Shall go Up.”

With the death of Joshua, the people of Israel look for a new leader. They inquire of the LORD and the LORD tells them Judah is to be their new leader.

1 Now it came about after the death of Joshua that the sons of Israel inquired of the Lord, saying, “Who shall go up first for us against the Canaanites, to fight against them?” 2 The Lord said, “Judah shall go up; behold, I have handed the land over to him.”

Now we enter the time of the Judges with its repeated cycle of Israel falling away from GOD and worshiping other gods. God disciplining Israel. Israel repents and God raises up a deliverer “Judge”, and the peace is restored. Over and Over again, God’s patience and mercy are limitless and he is ever faithful to his people.

The time of the Judges begins with a list of all the peoples that the tribes of Israel failed to drive out of their lands. The angel of the LORD appears and Lets them know that while God has kept his end of the bargain, they have failed to keep theirs.

2 Now the angel of the Lord came up from Gilgal to Bochim. And he said, “I brought you up out of Egypt and led you into the land which I have sworn to your fathers; and I said, ‘I will never break My covenant with you, 2 and as for you, you shall not make a covenant with the inhabitants of this land; you shall tear down their altars.’ But you have not obeyed Me; what is this thing that you have done? 3 Therefore I also said, ‘I will not drive them out from you; but they will become like thorns in your sides, and their gods will be a snare to you.’

18 And when the Lord raised up judges for them, the Lord was with the judge and saved them from the hand of their enemies all the days of the judge; for the Lord was moved to pity by their groaning because of those who tormented and oppressed them. 19 But it came about, when the judge died, that they would turn back and act more corruptly than their fathers, in following other gods to serve them and bow down to them; they did not abandon their practices or their obstinate ways. 20 So the anger of the Lord burned against Israel, and He said, “Because this nation has violated My covenant which I commanded their fathers, and has not listened to My voice,

An often repeated principle in the Bible is: Obedience brings blessing, disobedience brings curse. They have been warned many times. They know the rules and the consequences, yet they still disobey. Sounds familiar doesn’t it? 🙁

You can follow me on Facebook: The Sinner in the Mirror, Twitter: @sinnermirror, and Instagram:thesinnerinthemirror. If you have any comments, questions or suggestions, please leave them in the comment section below and I will get right back to you. May GOD bless and keep you always.

May the peace, love, grace and mercy of our LORD and Saviour Jesus Christ be with you always,